AutoDJ Separation Rules are an important feature that controls the frequency with which tracks, artists and albums are repeated when AutoDJ is selecting tracks.

AutoDJ has always followed the DMCA rules regarding how many tracks from an artist or album can play within every 3 hours.

Our AutoDJ Separation Rules feature helps by allowing finer control over track play frequency when your station is broadcasting in AutoDJ mode. Many of our broadcasters run their stations exclusively in AutoDJ, so these rules will be very helpful for those who want to have more creative control over their track rotation, but do not want to make Playlists for all hours of the day.

These rules can be found in Sources -> AutoDJ in the Station Menu. 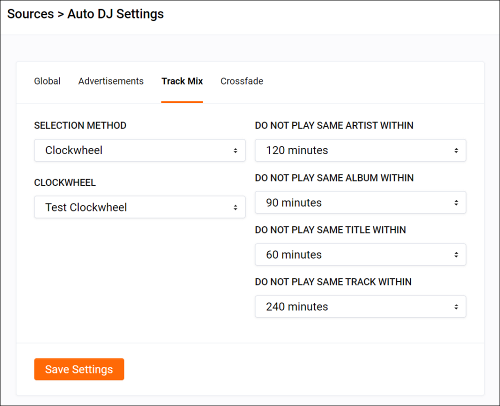 There are 4 separation rules from which you can choose. Each lets you configure the amount of time that must elapse before a track with the specified criteria is played again.

Here is a brief explanation of each separation rule:

Please note that it is important and necessary to have accurate metadata for your tracks as AutoDJ doesn't know how to handle "Untitled Album" or misnamed songs. You can read more about that here.

Each separation rule contains a drop-down menu with eight different time spans ranging from 45 minutes to 240 minutes. These drop-down menus will let you specify how much time will elapse before playing again. 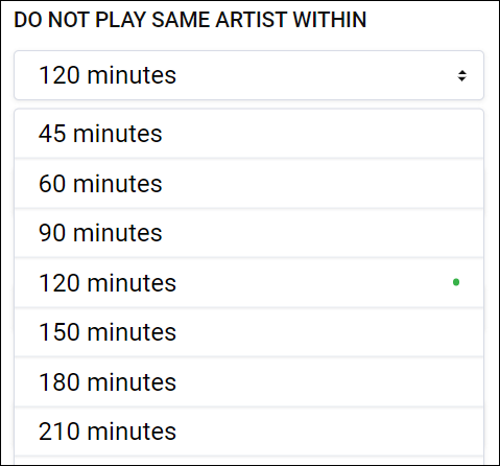 By configuring these rules to your preferences, you will have finer control over the degree of randomness during AutoDJ mode.